Baltimore County’s businesses, its government and its people share a common vision for a bright future—not merely over the next five or ten years, but for generations to come.

Sign up to receive our biweekly County Connect newsletter, featuring information about policies, initiatives, programs and community updates, this email is designed to keep you up-to-date on what’s happening around the County. 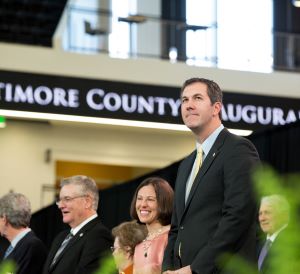 John “Johnny O” Olszewski, Jr. is a lifelong Baltimore County resident who believes in the power of public service and giving back to a community that has done so much for him. He is a graduate of Sparrows Point High School and earned an undergraduate degree from Goucher College and a master’s degree from The George Washington University. In December 2017, Johnny earned his Ph.D. in public policy from the University of Maryland Baltimore County.

Johnny was elected to the Maryland House of Delegates in 2006, at age 23, as the top vote-getter from Legislative District 6. He was re-elected four years later and served in the House of Delegates for nearly nine years. His work earned him a reputation as a “rising star” of Maryland politics—and helped breathe new life into the abandoned steel mill in his hometown. 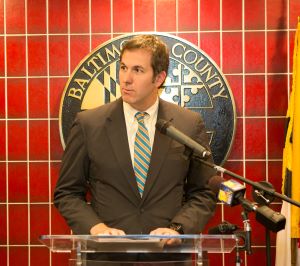 In the legislature, Johnny served as the Chairman of the Baltimore County House Delegation and was the youngest person ever elected to that position. In that capacity, he helped lead unprecedented progress for the County in areas such as economic development and school board reform. As a staunch advocate of working families, Johnny led the charge on providing earned sick leave and raising the minimum wage. He also made a critical vote to secure marriage equality in the State of Maryland.

As a state delegate, Johnny lead Baltimore County’s House Delegation, served on the House Economic Matters Committee and chaired the subcommittee on Banking, Economic Development, Science and Technology. He has also served on Maryland’s P-20 Leadership Council and the Maryland Business Climate Workgroup. 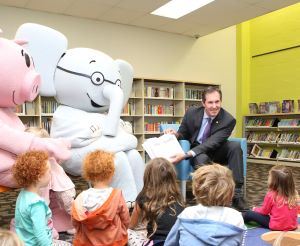 Johnny is a former student member of the Baltimore County Board of Education, a 2010 graduate of Leadership Baltimore County and was recently recognized as one of the Daily Record’s “Top 40 under 40” in 2019. He is an active philanthropic and economic development leader who has served as a member of the Business Network for Offshore Wind Board, the Community College of Baltimore County’s Dundalk Foundation Board and the Goucher College Board of Trustees.

Since taking office, he has provided record funding for Baltimore County Public Schools, made the County budget process more transparent and created an Office for Ethics and Accountability. If you have any ideas, you can email him at johnnyo@baltimorecountymd.gov.

Johnny lives in Miller’s Island with his wife Marisa and their daughter Daria. The Olszewski family is active in their church and maintains strong ties as volunteers in their community and across Baltimore County.

Office of the County Executive